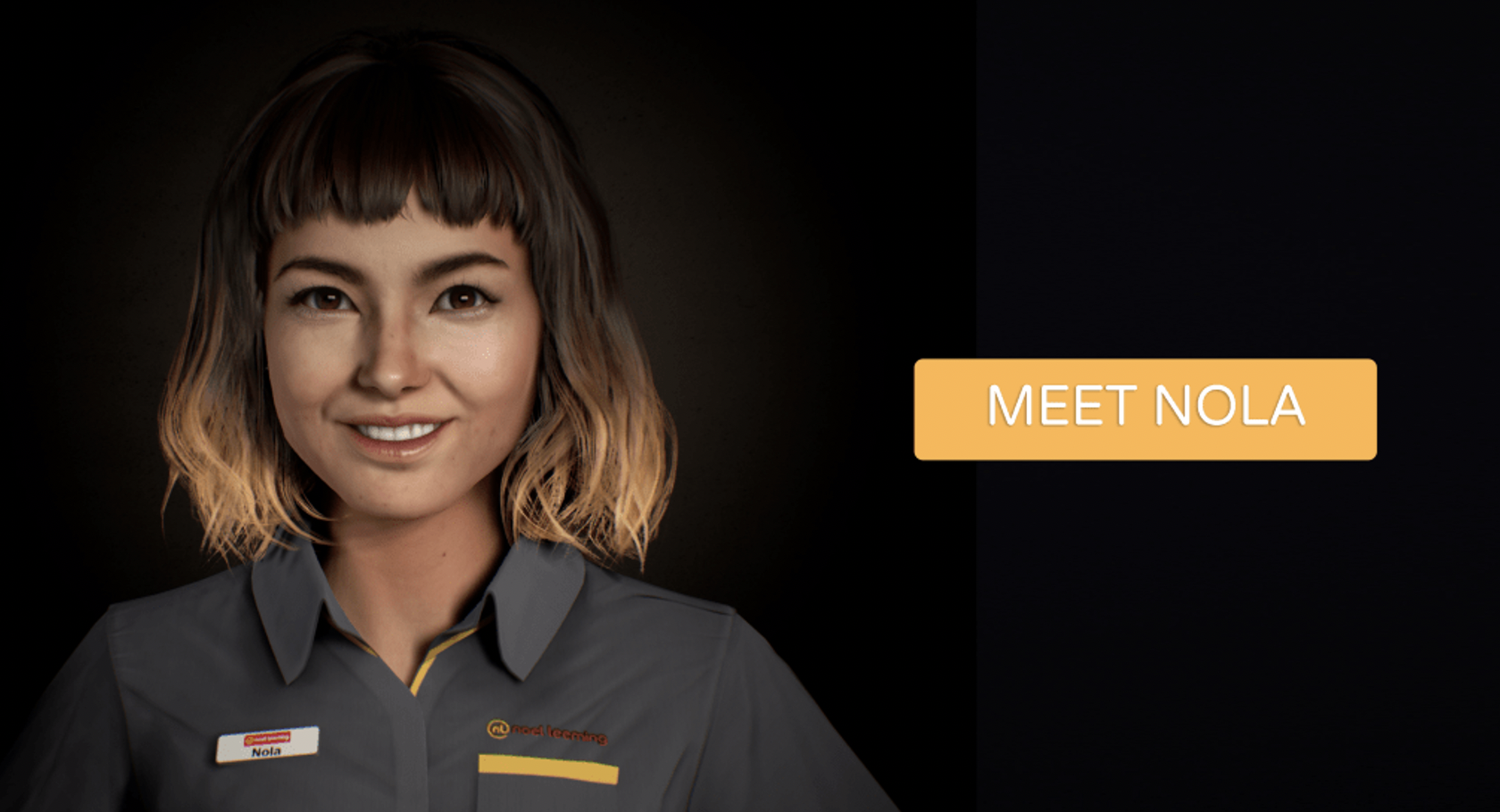 Have you heard of virtual assistans like Alexa or Siri? Well, these are old-school technologies now. The new wave of virtual assitants are AI.powered 3D avatars, otherwise known as “digital humans”.

Digital humans are built using a combination of 3D video, facial and speech recognition, biometric data and machine learning. The idea is to have a face-to-face conversaction with these devices, just as you would have it with another person.

When we talk about digital humans, we’re talking more about their adaptation to physical space. They can do things we can’t do with a self-service portal, or on a chat bot such Alexa o Siri, because they can recognize and communicate emotions. And that’s one of the most important aspects of this new generation, the emotional connection. They work 24/7, never complain, don’t join labor unions, and never have any coffee break.

An Avatar… Digital Humans… Does that sound  disquieting to you? It sounds like something out of a Black Mirror chapter. But what if digital humans could do more than an acting job? What if it could help with medical car? Or What if it could lift customer service to the next level?

A company by the name of UneeQ have the answer to some of these questions. Currently, UneeQ, the New Zealand Brand of digital humans, has already created 15 of it and deployed some of them in real environments.

For example Jamie, a “digital assitant” at ANZ Bank, and Will, a “digital teacher” teaching kids from primary schools.

Even the Government is now using digital humans. The Ministry of Primary Industries, deployed one called Vai at Auckland Airport. Vai was put to work as a digital biosecurity officer, a digital kiosk where passengers could ask general question such as: where do I go now, what do I need to declare, and so on.

The use of digital humans has been extended to the field of healthcare. UneeQ, have developed a digital human known as “Cardiac Coach”. It allows patients to get information, day or night. Information about medications, diet, and other topics related to nurses and doctors, that might let them focusing on high-priority needs.

Taking use of digital humans, companies can have all the advantages of traditional automated customer service, and at the same time stand out from the competition. Digital humans are irreplaceable- no competitor can offer the same emotionally connected experience.

Nola is an example of a digital human who works for the biggest reaitl group in New Zealand. Her job is based on offering an inmediate experience for coustomers, but a friendly and personal one, where customers can ask and obtain answers of doubts “face to face”.

Another example is “Kia Mia”. It is a creation of the car brand “Kia” to provide care and assistance to customers at the Kia Motors dealership in Denmark:

The adoption curve in Europe is still far from representing a relevant percentage, not even a reasonable minimum to call it trend, but digital humans are going to suppose the change in the world, for people and of course a great advantage for those companies that first implement this technology in their chain of contacts with the consumer.